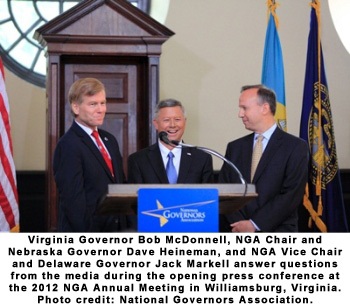 "Our chamber is privileged to once again bring the Arab ambassadors together with the Governors," noted David Hamod, President & CEO of the U.S.-Arab Chamber, "and we thank the NGA for giving us this opportunity. With every passing year, the synergies between the ambassadors and the governors are growing, particularly when it comes to identifying ways to grow our respective economies through two-way trade and investment."

In this spirit, economic growth and employment were at center stage during this year's annual meeting. Dave Heineman, NGA Chairman and Governor of Nebraska, stated that "economic growth is key to our success as Governors. Now, more than ever, job creation and economic growth are top priorities for every state."

Gov. Heineman went on to say that Governors are seeking policies that will help states to foster innovation and entrepreneurship. "We want to help the private sector grow and create new job opportunities for our citizens," he noted. "High growth businesses are one of the driving forces of the modern global economy, a primary source of job creation, prosperity, and economic competitiveness." 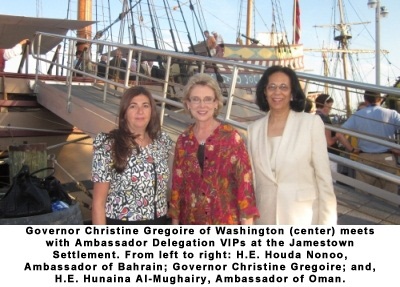 ​This theme also resonated during a session of the NGA's Economic Development and Commerce Committee, which held a wide ranging discussion on agricultural trade. The ambassadors attended that session and others as official "observers," and they were formally introduced by Committee Chairman Jay Nixon, Governor of Missouri. Keynote speakers for that session included Devry Boughner Vorwerk, Director of International Business Relations at Cargill, and Kevin Kimle, Director of the Agricultural Entrepreneurship Initiative at Iowa State University.

This is the sixth year in which the National U.S.-Arab Chamber of Commerce has been invited to lead a delegation of Arab ambassadors to the NGA annual meeting. Previous destinations included Traverse City (Michigan), Philadelphia (Pennsylvania), Biloxi (Mississippi), Boston (Massachusetts), and Salt Lake City (Utah). This year's trip was made possible by generous in-kind support from Lockheed Martin Corporation.

The National Governors Association (NGA), founded in 1908, is the collective bipartisan voice of the nation's Governors and one of Washington DC's most respected public policy organizations. The annual meeting of the NGA brings Governors together to share best practices and address policy issues, and the gathering also presents opportunities for Governors to meet with government and private sector leaders from around the United States. 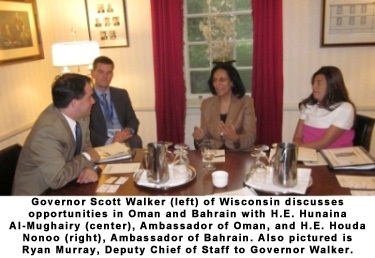 ​The NGA meets every winter in the nation's capital, Washington DC, but this is the first time in memory that the annual meeting has been held in the State of Virginia. The motto of Colonial Williamsburg, "The Future May Learn from the Past," captures the spirit of Williamsburg as a destination for Gubernatorial policymakers looking for answers to their budgetary shortfalls. In a sense, by holding the NGA's annual meeting in Virginia's 18th-century capital, Governors honored the courageous ideals of American patriots who helped to create the nation's democratic foundations.

According to History.org, Williamsburg was the thriving capital of Virginia when the dream of American freedom and independence was taking shape and the colony was a rich and powerful land stretching west to the Mississippi River and north to the Great Lakes. For 81 formative years, from 1699 to 1780, Williamsburg was the political, cultural, and educational center of what was then the largest, most populous, and most influential of the American colonies. It was here that the fundamental concepts of America's republic -- responsible leadership, a sense of public service, self-government, and individual liberty -- were nurtured under the leadership of such patriots as George Washington, Thomas Jefferson, and George Mason.
​
In 1926, the Reverend W.A.R. Goodwin and philanthropist John D. Rockefeller Jr. initiated a campaign to protect Williamsburg's historical legacy. Over time, 85 percent of the 18th-century capital's original area was preserved. 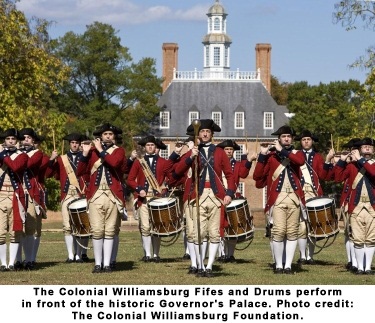 ​Two of the ambassadors attending the NGA annual meeting this year represent nations with Free Trade Agreements (FTAs) with the United States: the Kingdom of Bahrain and the Sultanate of Oman. Both nations are ably represented in the United States by women ambassadors, who are on the rise in the Arab world, and both are "veterans" of previous NUSACC trips to the NGA's proceedings.

Attending her second NGA annual meeting, H.E. Houda Nonoo, Ambassador from the Kingdom of Bahrain, said, "Since I arrived in the United States almost four years ago, I have always relished the opportunity to travel across the country to interact with the American people and their elected representatives outside the capital. The visit to Williamsburg was an important opportunity to discuss Bahrain's ongoing reform efforts and to share more about what makes Bahrain a unique hub for U.S. business in the Arabian Gulf."
​
She concluded, "The National U.S.-Arab Chamber of Commerce consistently works to highlight the shared interests of the business community in the United States and the Middle East, and I thank them for enabling me to participate in this year's meeting of the National Governors Association."
H.E. Hunaina Al-Mughairy, Oman's Ambassador to the United States, was attending her fourth visit to the NGA's annual meeting. She said, "This year's trip to Williamsburg provided excellent networking opportunities with Governors, as well as Members of Congress and leaders of the U.S. business community." She concluded, "In one place, we were able to promote trade relations and connect with all 50 states, and I thank the NGA and the National U.S.-Arab Chamber of Commerce for making this possible."
HOME | Privacy Policy | My Dashboard | About | Contact | Sitemap
Copyright © 2022, National U.S.-Arab Chamber of Commerce. All Rights Reserved